Using some abbreviated slangs have been one of the most common things for the people these days. From your LOL and ROFL to using some other common forms of internet slang, we have come a long way in the world of texting.

There is another term which is passed around in text conversations from time to time and it is known as FML. Do you wish to know the meaning of FML that people use in the texts? You have definitely come to the right place, then.

Here we shall learn all the things that there is to know about this internet slang FML.

What Does FML Mean?

FML is one of the most common types of internet slangs which are used by the people in text conversations or Whatsapp messages. The meaning of FML is Fuck My Life. It is basically an acronym for the term and is used to describe the frustrating sentiment.

It is usually sent in those conversations where the sender wants to convey the hopelessness of his life for a particular situation which is out of control. However, since there is a use of an offensive word in the term FML, there is no doubt that one needs to use it very carefully when using this in conversations.

There are some people who might not like the use of an offensive language when they are talking to someone or it might hurt the religious sentiments of many people. Hence, it is a piece of advice that if you are using this word into conversations, then you need to do it with utmost care after considering everybody’s sentiments. 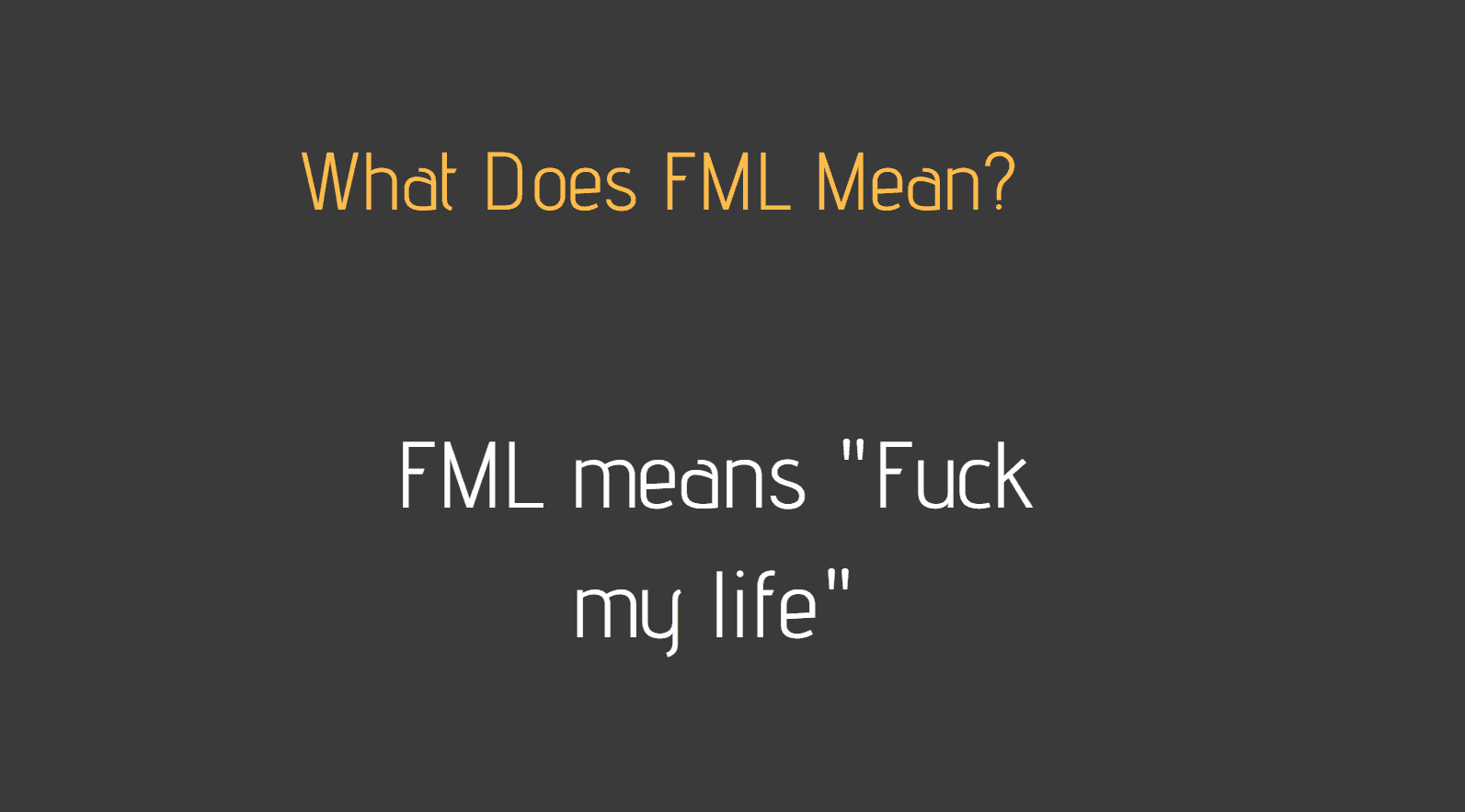 The slang term became extremely famous after it was used in a hit movie of Hollywood ‘Just Go With It’ where Adam Sandler made a post about it from his account in the movie. Not just the texts but FML has been used in many memes, on Facebook posts, and other social media networks as well.

However, for those who don’t want to use it in order to convey such a strong feeling, there are some other meanings to FML too but then they are not really as common as the original one. Some of the other meanings of FML include Free My Life, Fix My Life or so many others.

There are also some people who consider FML to mean Forgive Me Lord because they are pretty religious and don’t want to use such as offensive term in their conversations. It completely depends on the choice of the person whether to use the original meaning or something else in the place of it.

However, the term Fuck My Life still stands to be the original phrase which can be conveyed with this term. In conversations with people, FML has been used as a joke term as well which means, ‘Fix My Lighthouse‘. Some other meanings are listed below:

The people who use this term will make up some interesting story which states that this is the original meaning of the name. However, that is just to make sure that the term FML doesn’t stand for something so offensive.