We live in a world full of internet slangs and these are currently taking up space in almost all of the conversations. From the words such as LOL and FML to using ROFL and TTYL, these internet slangs have different meanings and are used to describe certain situation and emotions in people and that too without really saying the whole thing.

Just imagine, having a shortcut to writing the long phrases in just a single word. Well, that is exactly what these internet slangs. One of the most common examples of internet slangs would be LMAO.

Do you know what that means? Would you like to know? If you do then this is the right place because we are going to explain each and everything right here.

What Does LMAO Mean?

LMAO is one of the common words which are used in chat conversations between people such as text messaging, instant texts, Facebook, Twitter, chatting, and so much more. There is a chance that everyone has used it in their conversations at one point in time. There are many people that wonder what it means and whether there are some alternative meanings to the word or not. This post explains it in simple terms.

LMAO is basically an acronym which is used to describe the term Laughing My Ass Off. Most people tend to use this term so that they can describe something which is particularly funny. There are some alternatives to the word as well. In case someone finds something which is beyond funny, then they say LMFAO which means Laughing My Fucking Ass Off. 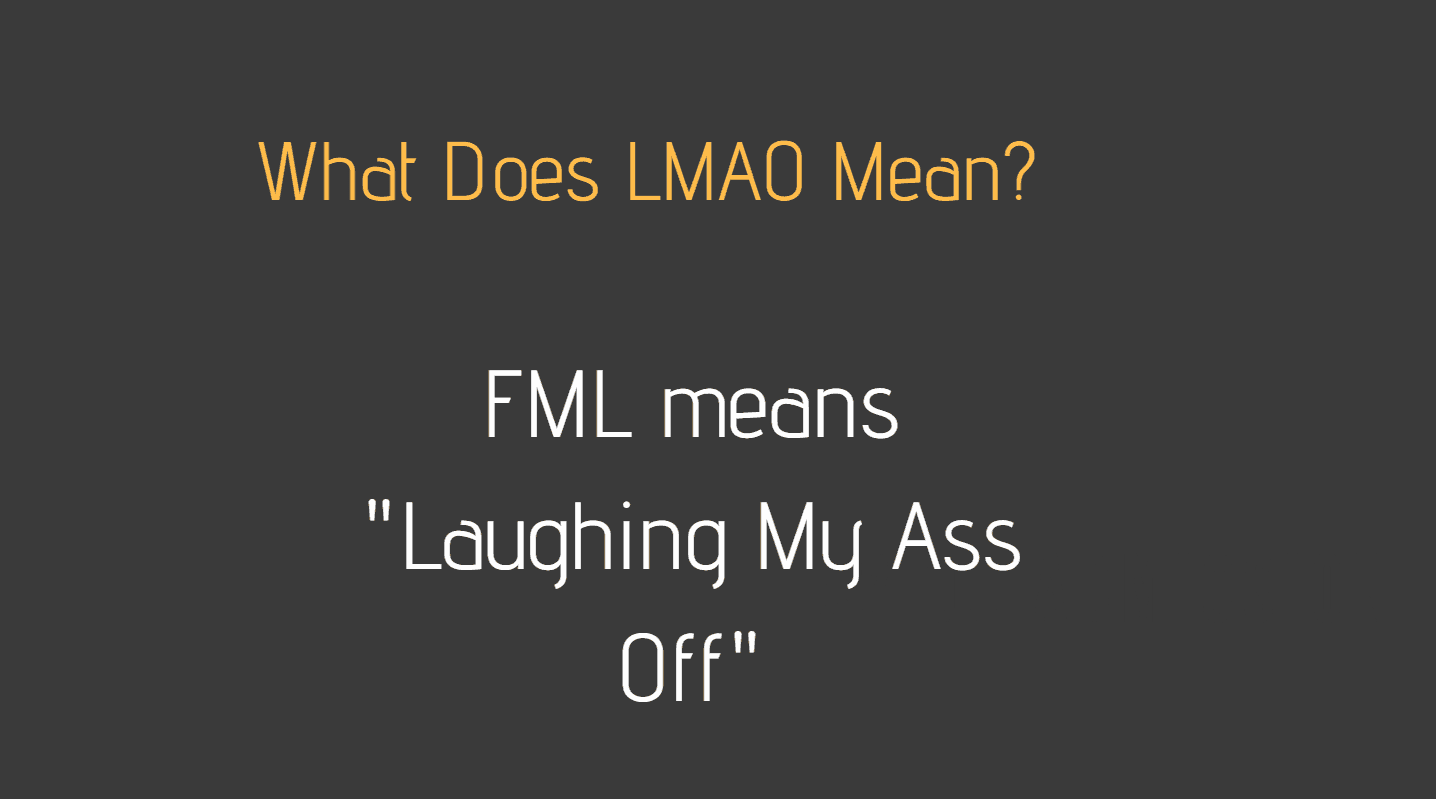 The term actually means the same as LMAO but just add in the ‘f‘ word in between. But most people consider the latter one a very vulgar representation of the term and hence it is mostly avoided in the conversations.

You will be able to use LMAO to talk about any of the following things such as Laughing My Arms Off, Leave Me Alone, Okay?, Let’s Meet At the Office and so much more. Since these terms are not really common in the conversations, the actual meaning of LMAO stills stands to be Laughing My Ass Off for the people.

It totally depends on the choice of the person having a conversation on chat which is going to decide whether they use the original meaning or the alternative ones. However, the word is still pretty common the conversations and has been used in several memes as well.