The social media revolution has advanced to such a stage, where every ordinary person has a voice. But the sound of so many people talking at the same time: such as communicating, instructing, entertaining, debating, and doing all other different things people do to make their views known online, is overwhelming.

In order to make the chat interesting, impressive, smart, unique, and for quick communication, especially Gen Zs developed and engaged in the art of shorthand to sound cool and express themselves in a jiffy. They have been using a new kind of shorthand slang to address their tone. These are called ‘tone tags‘ or “tone indicators.”

We’ve all had messages, emails, and jokes fail completely to produce the intended or expected effect because so much is lost in the text. This is one way that Gen Z is working around the issue to make the online experience more enchanting and inclusive.

The Meaning of p in Chat

The term /P is a tone indicator that stands for “platonic.” which indicates friendship between two people who could, in theory, feel attracted to each other. It’s just a way of clarifying that you’re not being flirtatious or sexual while texting. It’s added to the end of a message after the traditional punctuation.

American rapper, singer, and songwriter Gunna recently started talking about “pushing P” on Twitter and Instagram. Jumping in a person’s situation when you don’t know what’s going on is not P. Putting your people in position is P.

Owning your own power in the face of injustice, daring to rise up despite the obstacles unfairly presented before you is P. Risking your life to feed your family is P. if someone said ‘ that’s not p’ would that just mean you’re not keeping it real and not acting in an acceptable way?

P is also used with a colon and semicolon while chatting. 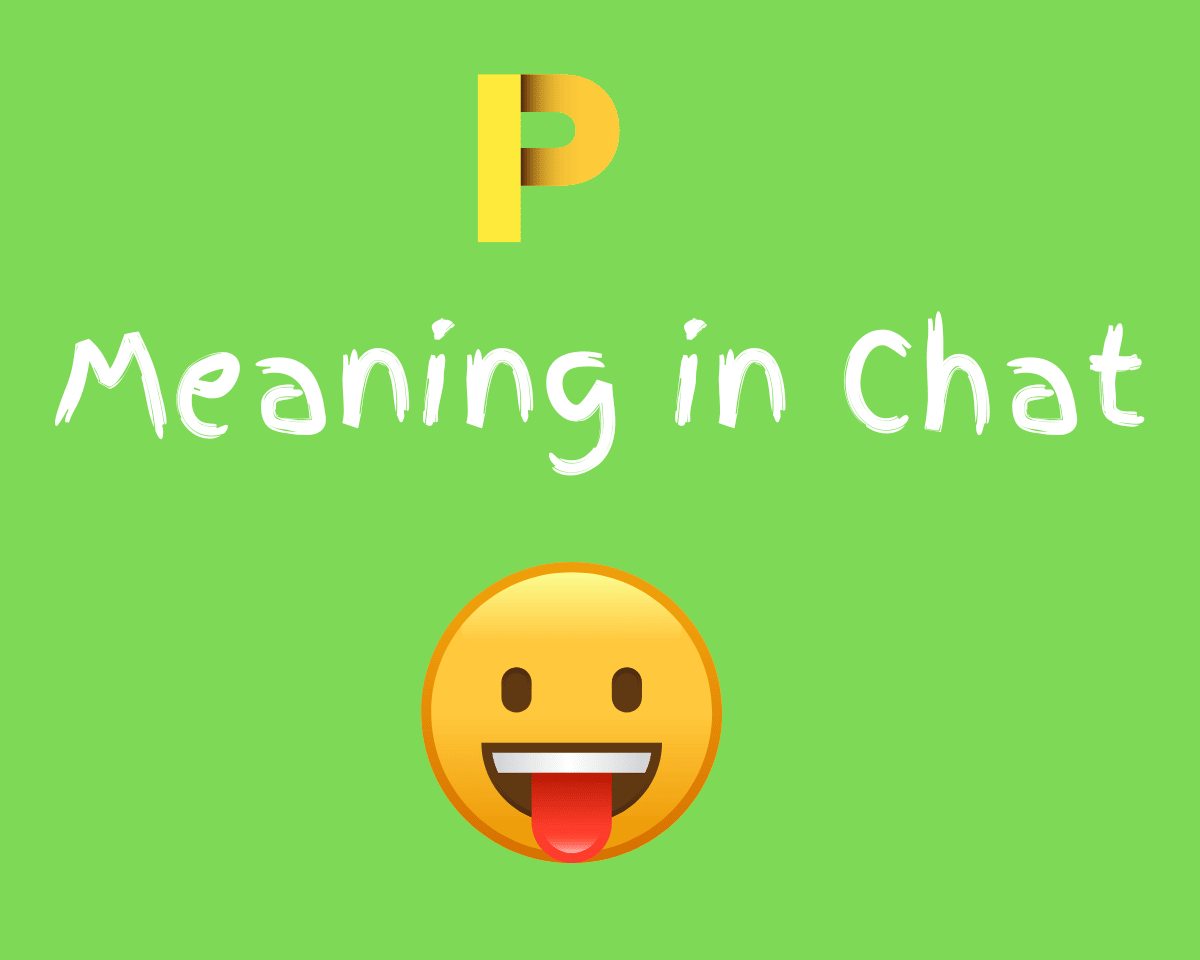 ;P means “Winking and Sticking Tongue Out.” This icon is often used at the end of a boldly rude, impudent, or disrespectful message, usually in a playful or appealing way message or as a cheeky or playful response to a message. The two characters represent a face: the semicolon represents the eyes with one winking, while the “P” represents a tongue sticking out of a mouth.

Whereas : P means tongue sticking out of a mouth 😛 but no winking eye. The version with the semicolon i.e. no winking eye is considered a little showing a lack of respect or politeness in a way that is more amusing or appealing than the colon version.

Generally ;P is used to say something like “up yours, Noddy“, showing that you are having fun and not being serious. Where Noddy means a stupid person.

Chatting is always fun with slang and indicators. It not only saves time but gives us that extra edge to express our real-time emotions as well. Using a set of letters and symbols, we can express ourselves beyond words. It takes up less energy and helps communicate better.

5 Best Video Chat Apps Like Omegle For Android And iOS